There is a wrong notion about toilets being dirty. Just because we relieve ourselves there, doesn’t make it unhygienic. In fact, a toilet is one place that majority of us clean and disinfect it on a regular basis. However, the same cannot be said about public toilets. But you can avoid getting infected or contaminated while using public toilets by following a few basic hygiene rules – which include a primary component – toilet seat cover. Using disposable paper toilet seat covers will safeguard you from getting infected by harmful bacteria and diseases – such as – shigella, salmonella, norovirus, E.coli, etc. 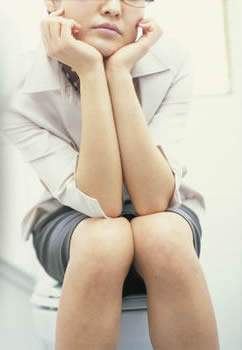 Apart from adding a toilet seat cover before using one – you must also be prepared with paper towels. Use one on the faucet – when washing your hands, use another piece of paper towel no faucet handles and doorknobs because they are high-risk regions.

Avoid Squatting While Using the Toilet

Many believe that squatting will prevent their skin to touch the toilet seat and they will be safe from acquiring contamination. Well, truth be told, it is dangerous. When you squat or hover over the bathroom, your pelvic girdle and pelvic floor muscles become tense. The tension experienced in the back, gluten, abs and hip rotators will cause difficulty in urination.

Look out for the Flush

If someone has visited the toilet or used one just before you, make sure to take all the necessary precautions. Whoever visited the toilet will leave behind germs via the flush. Flushing releases various microbes into the air. So, the first thing to do is manage your clothes after doing the deed and then flush the toilet. Don’t worry about the disposable paper toilet seat cover – it will get cleaned automatically.

Don’t leave your personal belongings, like, mobile phones, wallet, purse or any other stuff resting on the floor or shelf. Doing so will cause the objects to become germ carriers, leading them to spread the same. You can hang your stuff on the hooks, which are usually there on doors.

Remember to Wash Hands After Using the Toilet

When it comes to hygiene, washing hands becomes the number one priority – after using the toilet. Even if you’ve used toilet seat covers, it is mandatory to wash your hands for at least 20 seconds. The best option is to use medicated disinfectant rather than soaps.

Toilet seat covers will – to a great extent – help in preventing contamination. They are also hygienic to the core. However, it is equally important to take the necessary hygiene precautions while using a public toilet. People say that toilets at homes are less hoarded with germs, virus, and microbes than public toilets – which is not true. Most public toilets are also cleaned and disinfected on a regular basis. And if you happen to find public toilets dirty and unhygienic to use, you can always report to the higher authorities.